The key assumption underlying both the peer effects and structural approaches to network effects assume some degree of exogeneity in the existence and structure of network ties.

Exogeneity is both a theoretical claim as well as an empirical assumption. All reasonable theories are built on a set of axioms that assume some primitive or exogenous features of the world or of the target system which is being analyzed.  Many models in economics, for instance, assume that preferences are exogenous. From these preferences, we are then able to then derive things like behavior, choice, “roles” as well as the structure of social relationships.

Similarly, some sociological and anthropological traditions start with axioms that assume that “roles” are exogenous. These roles—e.g., the position a individual occupies in a social structure—govern behavior, preferences, as well as social relationships.

Much of the network analysis we’ve been conducting or discussing thus far also has an exogeneity assumption built in. The primitives are social relationships and their structure. All other things we observe such as behavior, preferences and roles emerge from the pattern of exogenous network ties. In the lectures on structural holes, status and peer effects, we argue that the pattern of social relationships cause in differences in behavior, preferences, as well as roles and not vice versa.

The challenge of network formation

However, a challenge for the social relationships first perspective is that networks are unlikely to be fully “exogenous.” They form and evolve through certain processes that make some people more likely to connect to each other, and make some people less likely to do so.

Network scholars have spent considerable time on trying to understand how networks form and change. At a broad conceptual level, we can think about five factors that shape whether a tie between two individuals—e.g., ego and alter—forms.

The logic behind most models of network formation is simple. At one end, there are “benefits” whether actual or perceived as well as pecuniary and non-pecuniary/psychic  for connecting with someone. At the other end, there are “costs” which make it either easier or harder to form a relationship with someone, either because searching for them, coordinating with them, or potentially dealing with them is more costly than with someone else. Relatedly, some individuals may have a lower cost of building a network than others and/or it may be lower cost (relative to benefit) to connect with someone.

Factor 1: Characteristics of Ego, the sender.

Characteristics encapsulated in “Factor 1” include a range of factors that make it easier for certain types of people (e.g., those who have a certain characteristics themselves) to connect with many others. This characteristic may include things that either make it easier for these people (relative to others) to make many connections or perhaps provide them greater benefit from doing so. Research in this stream has found a substantial range of characteristics that vary at the individual level, that also predict an increased or decreased propensity to have a certain type of network surrounding them. These things include:

One can reason about the various ways in which these characteristics of Ego either lower their costs of making ties or increase the benefit they get. Can you come up with other individual-level factors that might matter?

Factor 2: Characteristics of Alter, the receiver.

Like the Ego-centric perspective, one could logically use a “cost” and “benefit” perspective for reasoning about why some Alter may have more advice seekers (e.g., they are smart) or more friends (e.g., they are helpful). In purely altercentric models, we ignore the characteristics of Ego.

The 3rd Factor is one related to the “Ego-Alter” interaction. In such models, there is something about the characteristics of Ego and Alter together that predict an increased or decreased propensity to have network ties. The most common theme in these models is homophily or the tendency for individuals who are similar to each other to have a higher propensity to connect. Research has found that individuals who are similar in the following characteristics are more likely to connect with each other, relative to the alternatives:

There are many theories about why such a preference exists. On one hand, social contexts (e.g., communities, neighborhoods, etc.) are often organized by these characteristics. This makes it much easier to connect with people who are similar to you. There is also an element of choice. Individuals who are similar to you are likely have similar experiences, share similar values, and like and dislike similar things. As a consequence, the costs of interacting with similar people is likely to be less than interacting with people who are different.

However, the type of relation may matter here. In mating networks you are more likely to see heterophily than homophily. This might also be true of mentoring relationships, where individuals are more likely to be mentored by those of a different level of senority than them.

What other factors at this level might increase or decrease the cost of interaction or raise its benefits?

The fourth factor can broadly be thought of as the social or physical context within which individuals are forming social networks. A simple example is office or neighborhood layout. A substantial amount of research has found that physical distance has a substantial effect on whether two individuals form ties. Scientists who are nearby, for instance, are more likely to collaborate and their research trajectories also become rather similar.

Research has found that there is a exponential relationship between physical distance and the propensity to connect. This effect is called propinquity. Individuals who are physically proximate are substantially more likely to interact, followed by steep declines in the rates of interaction as distance increases.

In addition to propinquity, other aspects of the social context are also likely to affect the extent of tie formation. These factors could be the reorganization of roles, task inter-dependencies, as well as cultural or organizational norms regarding competition or collaboration. Incentives are also important in determining what the shape of the network might be. The challenge with many of these effects are that they are often “absorbed” into the intercept of the model. That is, they are only able to be detected when looking across contexts, but not within context.

Finally, the structure of one part of the network may affect the structure of another. Consider a simple example: Reciprocity. If I consider you a friend. There is a social-psychological as well as a sociological process that also increases the likelihood that I consider you a friend. This is akin to tit-for-tat. If you give me a gift, I will give you one in return. Networks exhibit this property with substantial regularity (but not always!). In this context, the emergence of a network tie, the reciprocal one, is endogenous to the network. That is, it emerges from within the network structure and not outside of it.

Similarly, there are other endogenous network processes that others have detected in networks. These include factors such as transitivity. For instance, a friend of a friend is often a friend. Heiderian balance theory, for example, argues that individuals desire balance in their relationships. The situation of being friend’s with your friend’s enemy is unsustainable according to balance theory (why?). Because it is, that structure will endogenously change into something else–either the enemies become friends or  the network splits.

Other forces include preferential attachment. New entrants into a network are proportionally more likely to connect to individuals based on the size of their degree centrality. This process gives some networks a power law distribution, rather than a binomial/normal distribution that would be expected if the network was formed through a purely random process. 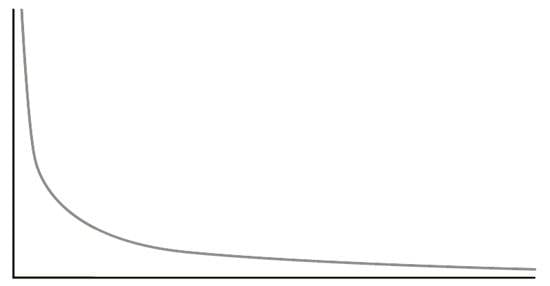 Though the theoretical ideas behind network formation are quite straightforward, disentangling the differential impact of these effects remains quite challenging. In a subsequent post, we will discuss the various approaches to estimating these models.

2 thoughts on “Where do networks come from?”