Predictions of this type are commonplace and often rather difficult to make. This difficulty exists for two reasons. First, only a limited set of characteristics are observable to the decision maker, whereas much else is unobservable. A hiring manger, for instance, may observe a resume and a list of references. Based on this resume and reference list, she attempts to make an inference about many things: how hard working the applicant is, their base of knowledge, their ability to get along with other members of her team, and so on. Thus, the hiring manager attempts to use “observables” to infer something about the unobservables.

The goal therefore is to map observables (the things that you can easily measure and observe about someone or some organization) to unobservables. What are some examples of unobservables and/or things that are difficult to observe:

The inability to effectively communicate information about these hard to quantify traits from one person to another becomes a problem for both the evaluator and in many cases for the person being evaluated, particularly if they are high quality, but others can’t tell this is the case.

That is, how does one separate the signal from the noise?

One solution proposed to this problem is signaling theory. People send signals and these signals contain information that allow “buyers” to ascertain whether the seller (a job market candidate) is of high quality or not. But anyone can send signals, and sometimes the signals are noisy or uninformative. If the signals are no good, then they don’t solve the asymmetric information problem.

Michael Spence argued that some signals are harder to acquire than others, and this difficulty in acquiring the signal is related to some dimension of underlying quality.

Can you think of other signals that contain a lot of information and are difficult to fake?

Joel Podolny in a series of articles proposed that social relations also help signal quality. This is a profound idea, and I will walk through it further. But let us fast forward to another application of Eigenvector centrality: the original Google PageRank algorithm. 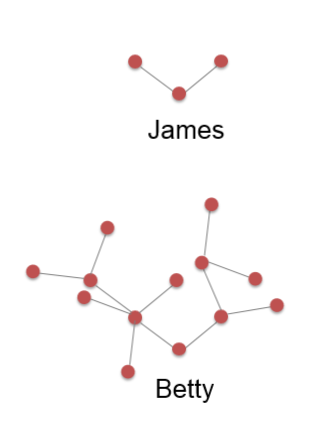 Consider James and Betty. Both have two connections of their own. And both of their connections think highly of them and recommend them. In an abstract sense, Betty and James are rated by their raters-e.g., their two connections. But a new problem arises: who has more reliable raters?

This is what we can consider the “rating the raters” problem. While in the first degree out (the direct connections of these two individuals) they are indistinguishable, there is substantial variation in their second and third degree ties. Although James and Better have similarly sized networks, Betty’s network connections have far more connections of their own. 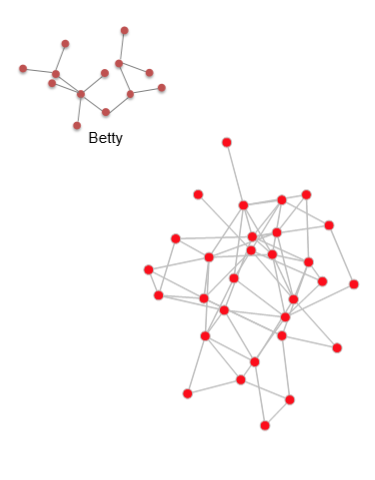 While it is relatively easy to figure out the difference between the size of Betty and James’ second degree network, the problem gets more complicated the further we move out. Real networks don’t usually have connections out to the 2nd or 3rd degree, but to 4th, 5th, 6th, etc. The second problem is that real networks aren’t usually trees. Networks loop back on themselves over and over again which make the “rating the rater” problem hard.​ So we cannot just re-weight the rating by the ratings received by the rater. 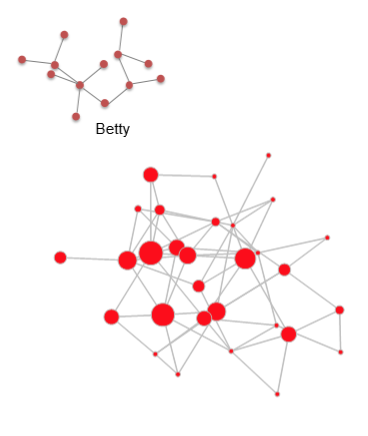 The problem of determining the “value” or credibility of an object based on its connections and its connections’ connections is a general one.​  Google’s original algorithm, PageRank, is sociometric status. ​ The basic intuition of PageRank was if a site gets a lot of incoming links, and the sites linking to the original site also do, and so on. Then there must be some value to it.​ The insight arises by viewing the Web as a network, and using its structure to determine whether a page is useful or not.​ 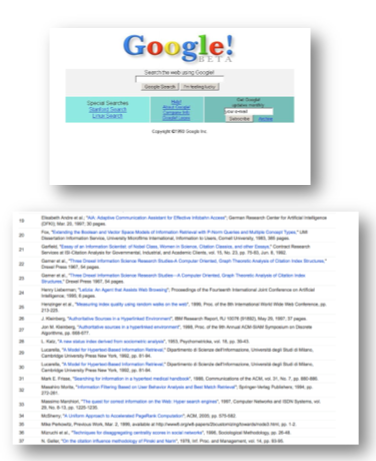 Now that we have the basic concept of sociometric status down. The “big idea” in sociology came from Joel Podolny. He suggested that we had focused primarily on seeing networks as “pipes” through which information, resources, support, and other “stuff” flows. However, networks are also useful for individuals in resolving problems of uncertainty because certain types of network structures also signal trust, reputation, and identity — network structures are prisms that reveal information as well.

The extent to which networks operate as pipes or as prisms depends on the level of uncertainty faced by market participants. He developed a highly useful framework for thinking about characterizing what structure may matter when. There are two types of uncertainty, Egocentric and Altercentric. 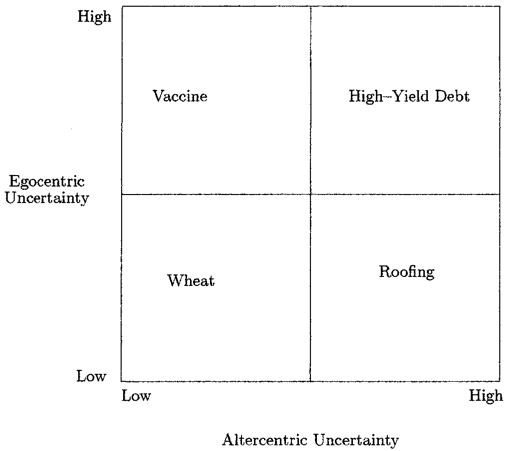 A market or market segment can rate highly on one type of uncertainty without rating highly on the other.

Consider the four markets represented in the figure above. From Podolny (2001):

Vaccines: Beginning with the market for a particular vaccine, such as polio or smallpox, in the upper left-hand quadrant. The most salient source of uncertainty in this market is that which underlies the development of the vaccine. Once the vaccine is developed and is given regulatory approval, there is little uncertainty on the part of consumers as to whether they will benefit from the innovation. Accordingly, a market  for a vaccine is a market that rates high on egocentric uncertainty, but low on altercentric uncertainty.

Roofers: Alternatively, consider the market in the lower right-hand corner, a regional market for roofers. “Roofing technology” is relatively well understood, and while roofers may face some uncertainty as to who needs a roof in any particular year, they can be confident that every homeowner will need repair work or a replacement every 20 years or so. By sending out fliers or advertising in the yellow pages, they can be assured of reaching a constituency with a demand for their service. However, because an individual consumer only infrequently enters the market, the consumer is generally unaware of quality-based distinctions among roofers. The consumer may be able to alleviate some of this uncertainty through consultation with others who have recently had roof repairs; however, the need for such consultation is an illustration of the basic point. Only through such search and consultation can the consumer’s relatively high level of uncertainty be reduced. Accordingly, this is a market that is comparatively low in terms of egocentric uncertainty, but relatively high in terms of altercentric uncertainty.

How does one deal with altercentric uncertainty?

When does Status goes awry?

Matthew Effect / Self-fulfilling prophecy:  The classic example of this is the phenomenon of the 41st chair.  This is the example of the “French Academy” where there are only 40 chairs, and there perhaps no substantive difference between #40 and #41 – but the 40th person becomes a holder of a chair, and the 41st person does not.  This results in the 40th person get more rewards, recognition, etc. Which in turn allows them to do better work – because they now have significantly more resources than people who do not. In sociological parlance, the phenomenon of the 41st chair is called  “Decoupling.” Here, the linear relationship between quality and status – the 40th person gains far more status than the 41st—breaks down.

Buy low, sell high: This decoupling is an arbitrage situation for managers – because most people use status signals that are imperfect. There are two possible strategies to exploit this gap:

The study of sociometric (and other Status) is an extremely rich area of research in organizational sociology and economic sociology. I have merely scratched the surface of this topic.

Some excellent articles and reviews in this stream include:

Chen, Ya-Ru, et al. “Introduction to the special issue: Bringing status to the table—attaining, maintaining, and experiencing status in organizations and markets.” (2012): 299-307.